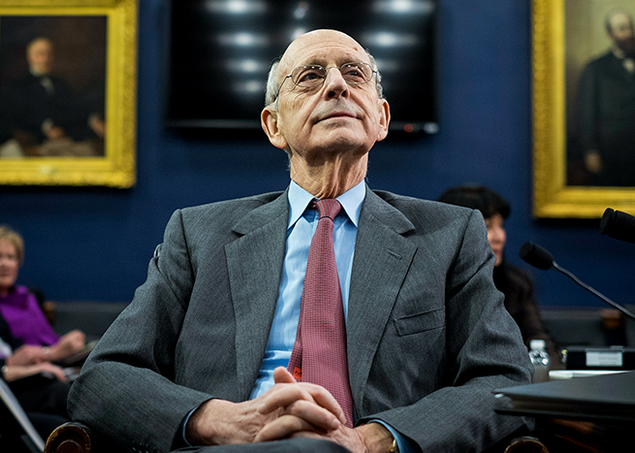 Posted by Tiger Tactical Technologies on 1/27/2022 to News

Or did he....We lied to you. Justice Breyer did not announce his plans to retire from the Supreme Court as of January 22nd at 6 AM, but CNN and the rest of the establishment media did announce the judge's plans to retire.

Justice Stephen Breyer informed president Biden of his intention to retire from the bench last week, if reports are indeed accurate. This development opens the door for Joe Biden to affirm his campaign promises of appointing an african American woman to the highest court in the land, and make history AGAIN and break the glass ceiling and choke out Jim Eagle. Truly groundbreaking.

Justice Breyer, who's been on the bench since his 1994 appointment by Bill Clinton has faced mounting pressure from the left to retire in recent times. The 83 year old judge's retirement would allow for a fresh faced younger Judge on the bench. The sudden announcement could be a signal that the Democratic party expects to lose their Congressional majority in the future, and have acted to place a fresh liberal judge on the bench while they still can.

According to the NRA-ILA,

Supreme Court Justice Stephen Breyer is an ideologue, a judicial activist who rules by his own political and personal philosophy, rather than the rule of law and what our founding fathers intended when they wrote the Constitution and Bill of Rights more than 200 years ago. The left leaning justice recently made remarks that further the suspicion that has been held for years he doesn't rule in regard to the Constitution, but rather a far left political philosophy. On Sunday, Breyer, a Bill Clinton appointee, said the founding fathers never intended guns to go unregulated.

The appointment of a Biden judge would preserve the current 6-3 conservative majority on the bench, including John Roberts as a conservative - LOL. If our conservative judges stick to their guns, literally, we should expect to read numberous dissenting opinions from the new justice-to-be regarding 2a issues. Justice Breyer's replacement can be expected to be even more left leaning than him.

The current criteria for would be SCOTUS candidates are that she be a woman, and black. With such as rigid criteria perhaps a card carrying gun wielding member of the boog tribe, someone like Virgina Lt. Governor Winsome Earle-Sears. While possible, this outcome is about as likely as the Biden state department not basing foreign policy off of Call of Duty Modern Warfare 2.

It reminds me of the democratic senator who refused to retire and they were all so desperate she could live long enough to outlive the Trump admin. Ruth Ginsberg or whatever I think. Ofcourse this guy will retire so Biden can appoint one, but it doesn't change the balance it does point to how stupid the rules are. Maybe them having ten year terms or having to retire at 75 or something like that might make more sense. In Australia the supreme court is picked by lawyers and isnt a political appointment in the first place and no one even knows who they are, for better and worse.

Do you mean Justice Ruth Bader Ginsburg? She's not a senator.